Home > Blog > Inflation: Why Trucking Costs Are Not Pushing Prices Up

Inflation: Why Trucking Costs Are Not Pushing Prices Up

Here’s a little puzzle for you: why are energy prices NOT bleeding over into core inflation?  Most goods on the shelf are delivered by truck, and fuel costs have skyrocketed.  Yet inflation outside of food and energy isn’t so bad.  Yes, it’s edging up, but still is below the inflation rates of 2006. 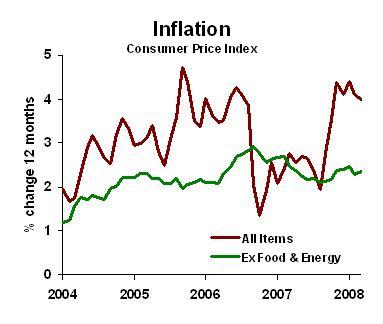 The answer is within the transportation industry.  Tonnage has generally been declining since late 2006, according to the American Trucking Association.  The chart shows a surprising bump up in the last two months; I’m still pondering that. 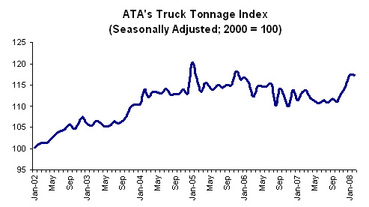 The Association of American Railroads reports a decline in rail tonnage.

Now costs are up for truckers and railroads, but freight volumes are down.  The transporters are not able to boost prices, because excess capacity in a competitive industry pushes prices down.  The companies are facing lower profit margins, so inflation is NOT bleeding over into the non-fuel sectors of the economy.

Business planning implications: if you ship goods, you’ll be very vulnerable to a freight cost increase when the economy rebounds.  At that time, look for the double whammy: higher fuel costs and rising profit margins.  In the meantime, enjoy this temporary respite.