Latest Economic News Not That Bad

The newspapers are featuring dreadful stories about economic hardships.  Keep in mind when you read the news that at ANY time it’s possible to find people in hardship.  To know whether you are seeing a trend of just an unfortunate anecdote, you have to look at the data.  Today’s data is 1) bad but expected, 2) bad but not as bad as expected, and 3) so-so.  Let’s start with bad but expected: 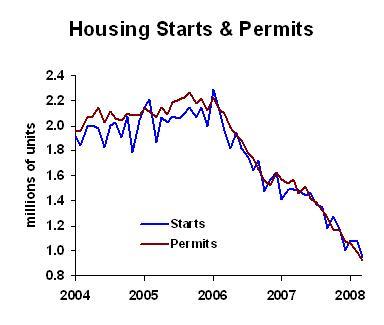 New housing construction continues to fade.  Bad news, but a necessary correction in a land with significant excess supply of housing (note: if you hit that link, the first chart’s Y-axis is mislabeled).

Now for the not as bad as expected: 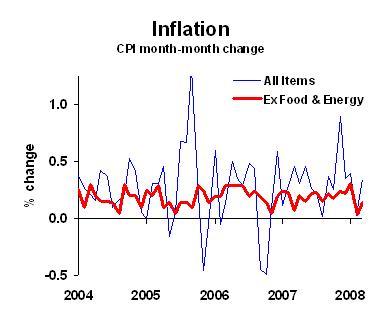 The inflation rate outside of food and energy is not as bad as I expected.  I’m very worried that we’ll see inflation rising not just in food and energy, but generally across the economy.  This isn’t happening right now.  (Reminder: we look at inflation excluding food and energy because those two categories have a lot of transitory changes.  I’m not saying they are unimportant.  Please don’t rant on the subject.)

Finally, let’s get to the so-so news: 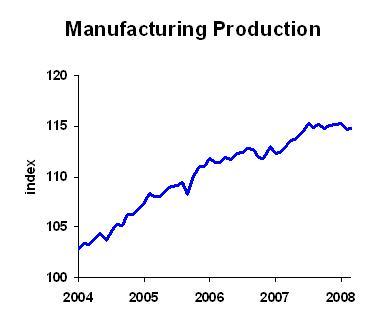 Manufacturing production is basically unchanged in recent months.  That’s not good, not bad, but consider this:  Any news that isn’t bad these days, is good.

The economy is NOT collapsing, despite all the doom and gloom in the press.  The economy is certainly not booming, and some folks are in distress, but overall things are not so bad.  Yesterday about four million people in the United States went to McDonald’s to eat.  That wasn’t news, because most days there are about four million people going to McDonald’s.  It’s not an economic boom, but neither is it a bust.

Business planning implications:  don’t hunker down too much.  In fact, it’s time to do your economic contingency planning for an upturn in the economy.