Excess Housing Inventory Being Worked Off

We are working off the excess housing inventory that we developed during the housing boom. 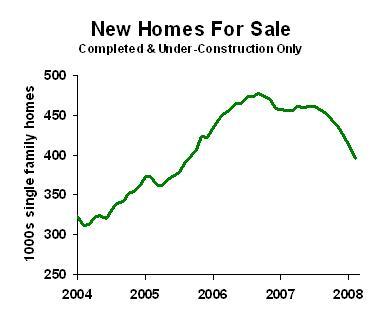 This decline came despite a drop in new home sales; even after the drop, though, sales were higher than new construction.  (Keep in mind that the data have some significant deficiencies; take this as medium fidelity, not high fi.)

But put this data into a longer term perspective: 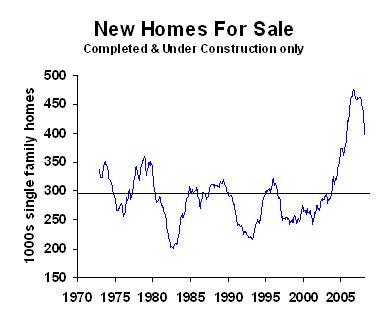 That horizontal line is the long-run average.  So far we’ve closed the gap from the peak of the housing inventory by 45 percent.  At the current pace by which the inventory is being worked off, we’ll be back to an average inventory in 21 months, or roughly at the end of 2009.

Homebuilders, here’s your new theme: 2010, gets better then.