Economic Outlook: Better than We Expected

Today’s GDP report gives us reason to feel more comfortable, but there is a little discomfort in the details.

The economy had slowed last winter.  Now we see that several key factors in the slowdown have recovered, like inventories, 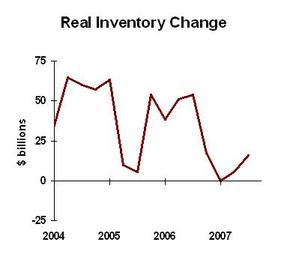 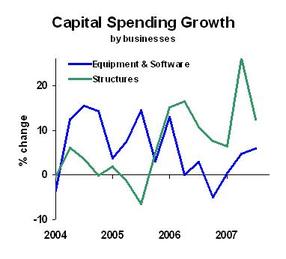 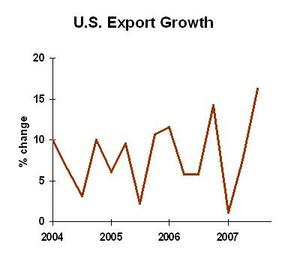 Our  biggest fear of late is that the subprime crisis will spill over into the consumer sector, but that has not happened.

Here’s the disquieting note.  Real GDP growth is approximately nominal GDP growth (that’s the increase in actual dollars spent) minus the inflation rate.  Last quarter’s inflation rate came in very, very low, meaning that inflation subtracted very little from nominal growth.  Although that’s the actual data, it may not be indicative to what’s really going on now, especially with oil prices up and the dollar falling.

Here’s my take: the headline GDP figure of 3.9 percent growth is "kind of" actually 2.4 percent growth.  That’s not bad, but it’s a little below normal.  We might get a little less next quarter.

Business planning implications:  Don’t go hunkering down because of the bad headlines.  Consumers, businesses and governments are still willing and able to spend money.  Although there’s a risk of a downturn, the odds favor economic conditions between slightly-sub-par to par.