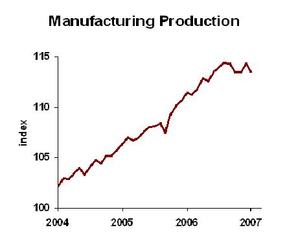 Business Strategy Implications:  Companies in the capital spending food chain should increase their nervousness.  There may be something more than a short-term quirk keeping capital spending down.