There’s been lots of political blather about the middle class bearing the burden of tax cuts for the rich. Two economists at the Kansas City Federal Reserve Bank, Troy A. Davig and C. Alan Garner, have run the numbers and published their results. In a nutshell, here’s what they found: 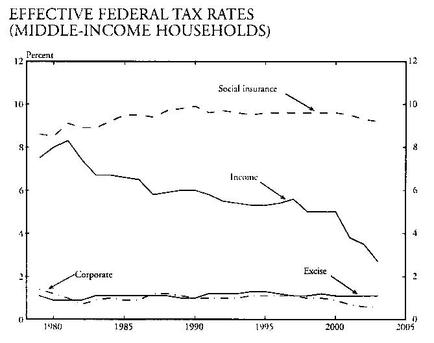 Tax cuts have helped the middle class.  Their largest federal burden is social security and Medicare taxes.  Slicing and dicing, Davig and Garner found even greater declines in tax rates for middle income families with children.  They projected effective tax rates going into the future as if Congress will leave current laws untouched.  With the sunset provisions that are in place, that will raise future tax rates on the middle class.  We’ll see what actually happens.

Business Strategy Implications: Don’t fret about whether your middle income customers will have disposable income.  They’ll have it, and they’ll spend it.