Consumer Confidence Is . . . What? 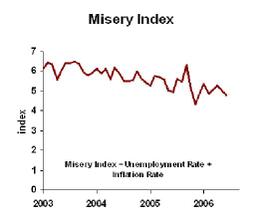 So it looks like good news, but the divergence between the two surveys of consumer attitudes make me wonder if we aren’t near a turning point.